With nine months until the opening of the next World’s Fair, the USA Pavilion, designed by NY-based firm Biber Architects, recently broke ground at Expo Milano 2015. Organized by Friends of the USA Pavilion Milano 2015 – a collaboration between the James Beard Foundation and the International Culinary Center in association with the American Chamber of Commerce in Italy – the pavilion was thoughtfully designed in response to the overall expo theme of food. Entitled “American Food 2.0: United to Feed the Planet,” the USA pavilion features an open, airy, barn-inspired structure, moving visitors through a series of exhibits to facilitate conversations about America’s role in the global food system. Plans include ecological elements including a harvestable vertical farm, rainwater irrigation system and photovoltaic panels as well as uniquely American features such as regional food trucks and an expansive boardwalk. Expo Milano 2015 is expected to attract more than 20 million visitors from May through October 2015.

According to James Biber, founder and principal of Biber Architects, “The pavilion itself is a scaffolding for ideas, a rethinking of the nature of the expo pavilion and of America as a force in the food world.” Designed in response to the closed box architecture of recent expos, the 2015 USA Pavilion is characterized by openness, transparency and accessibility with considerate references to American culture. The pavilion opens its airplane hangar-sized door to the main pedestrian approach where visitors are greeted to a distinctly American, food-related image: the boardwalk. Made of recycled lumber from America’s boardwalks, the walkway rises from the ground level to the second floor, serving as the main forum for self-guided viewing and concealing a defined exhibition space below. On the top floor, a rooftop terrace will feature dimmable glass shade and energy generating panels and a translucent floor, playing host to nightly parties for the rooftop-craving Italian crowds while also catering to VIPs and diplomats. The main architectural feature is a floating vertical farm running the length of one side of the pavilion. The hydroponic facade will feature a variety of harvestable crops, set into panels that will track the motion of the sun, which are sustained by a rainwater irrigation system. The wall is a “didactic display talking about the past, present and future of the American farm and the American diet,” comments Biber. With the pavilion doubling as a backdrop for interactive exhibits, state-of-the-art digital media and live performances, the farm will also become a dynamic spectacle where aerial performers will act out a harvest ballet. Meanwhile, on the other side of the pavilion, a perforated metal structure in rusted, galvanized and blued steel will create a subtle reference to Old Glory. In addition to being a preeminent world event, Expo Milano 2015 is poised to become a historic exposition, attracting top architectural talent while activating a global dialogue about issues of food security, access and waste. The United States is one of 147 participating countries addressing the expo’s theme, “Feeding the Planet, Energy for Life,” about the future of our food system and the challenge of feeding 9 billion people nutritiously by 2050. According to U.S. Secretary of State John Kerry, “The Milan World Expo of 2015 is a chance for us to share with the world the work that American scientists, chefs, entrepreneurs, farmers and fishermen all continue to do day in and day out and hopefully help people to understand the ways in which we can make progress in the future.” One of the central programs of the USA Pavilion will be Food Truck Nation, a series of rotating food trucks that highlights America’s prolific street food culture while referencing the nation’s diversity, entrepreneurial spirit and fascination with the road. 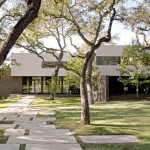 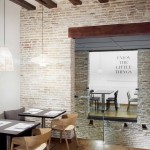