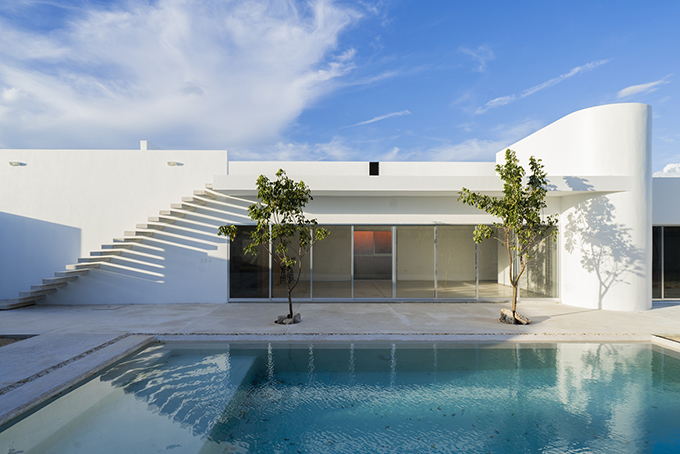 Garrido Lizarraga Arquitectos designed this stunning 165 m2 private residence located in Merida, Mexico, in 2018. Take a look at the complete story after the jump 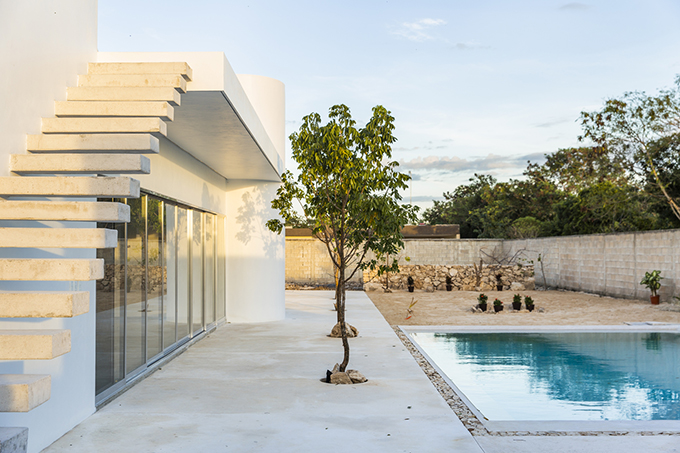 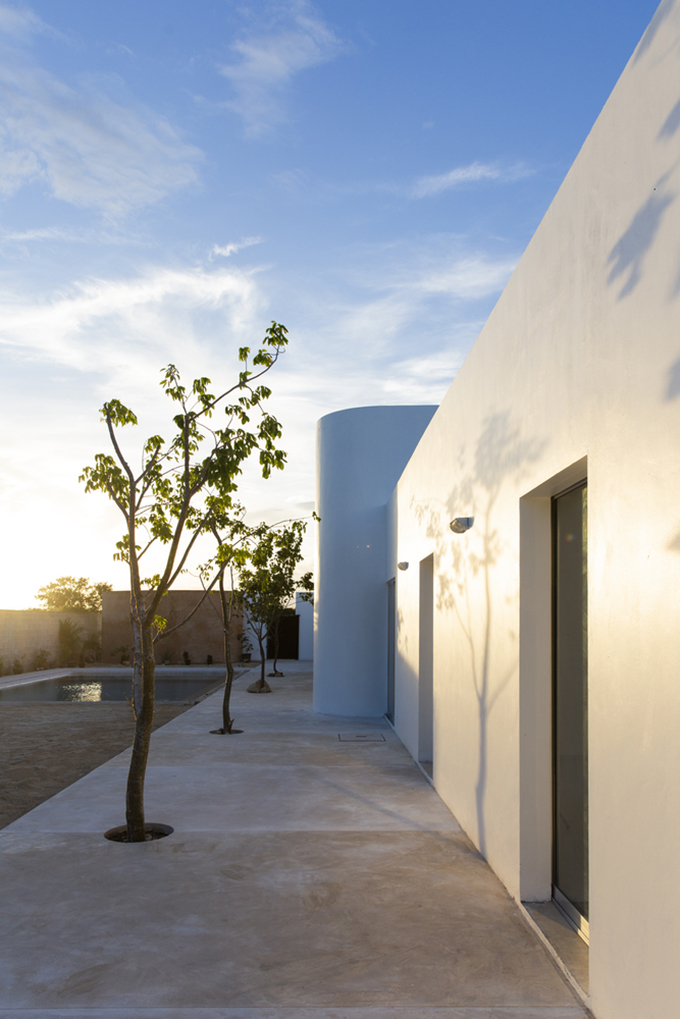 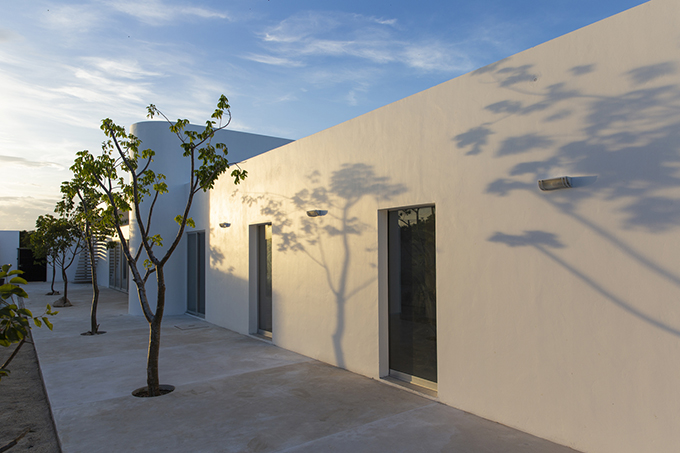 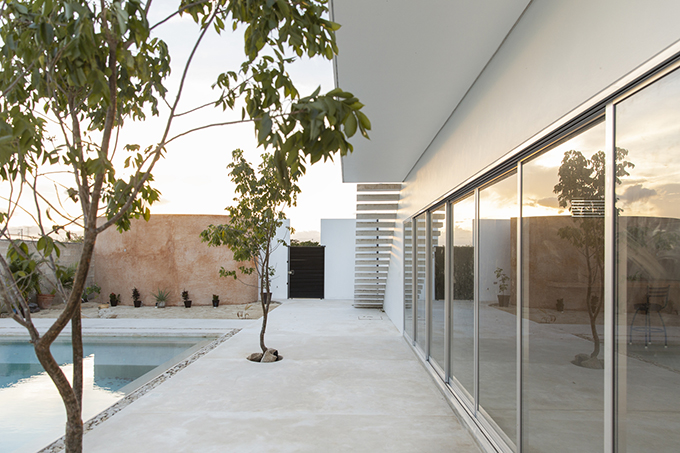 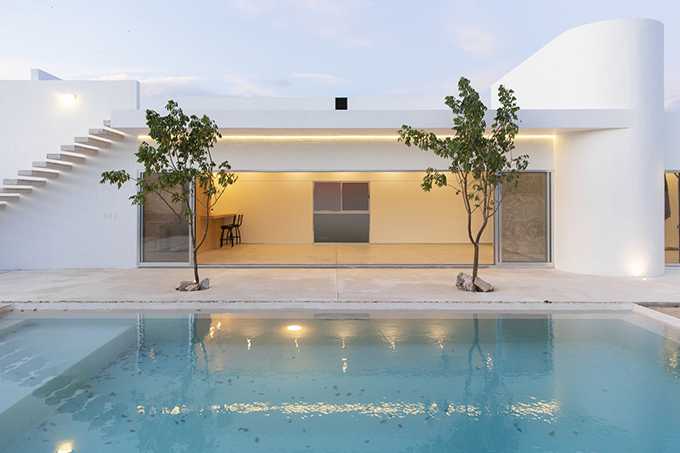 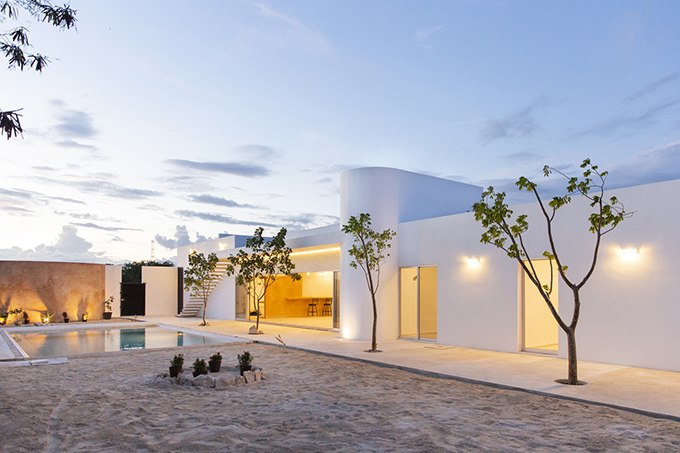 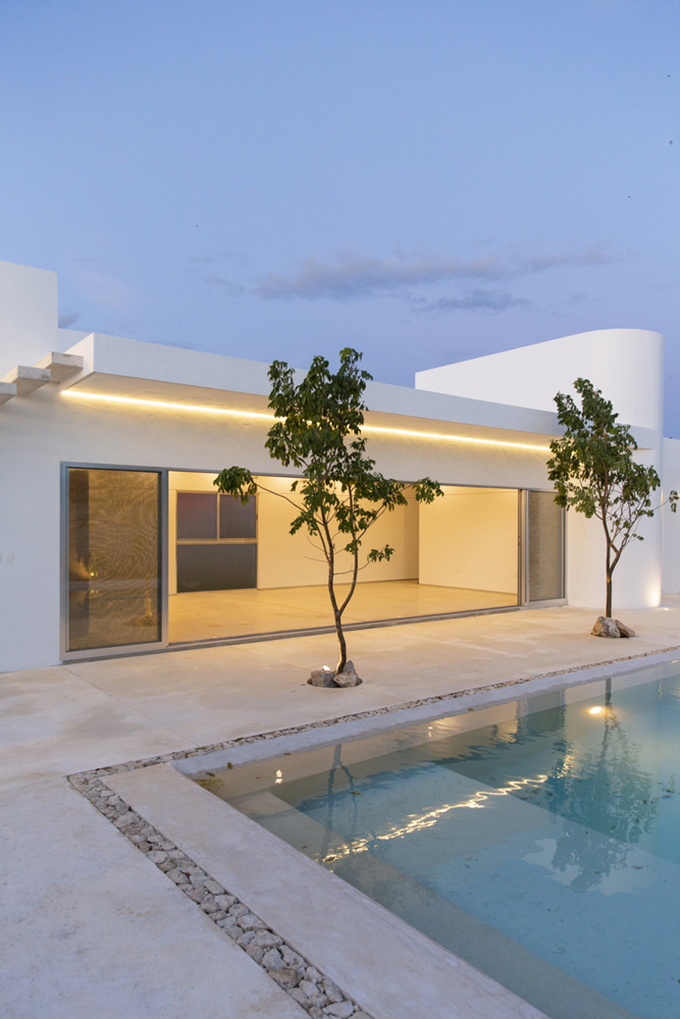 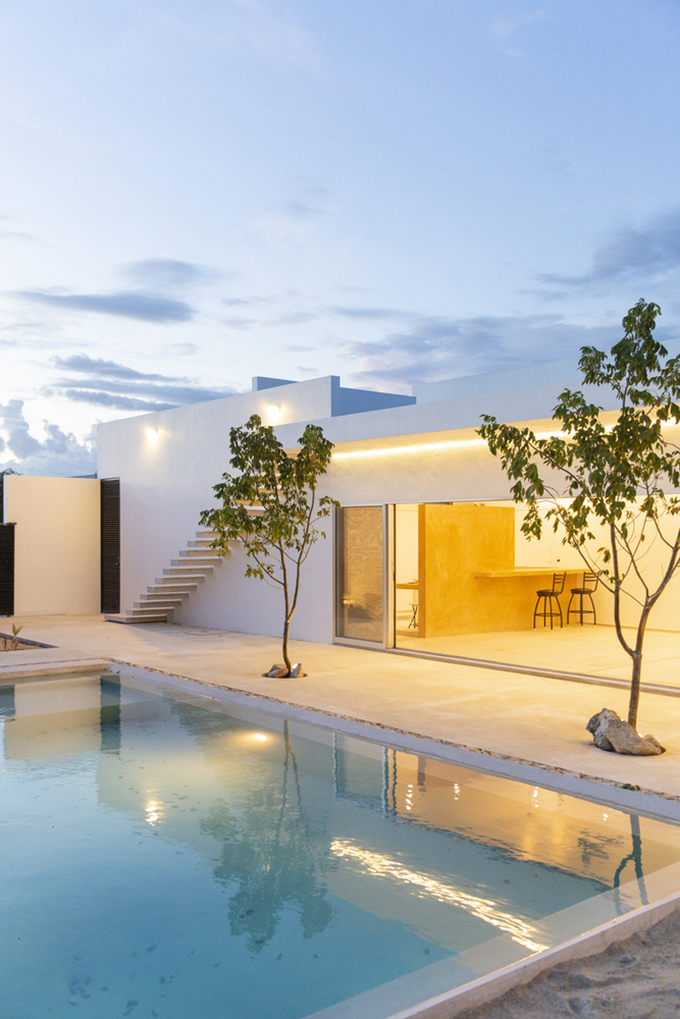 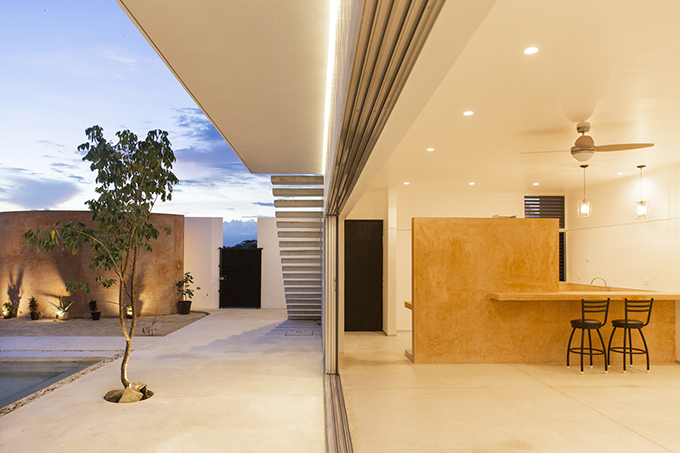 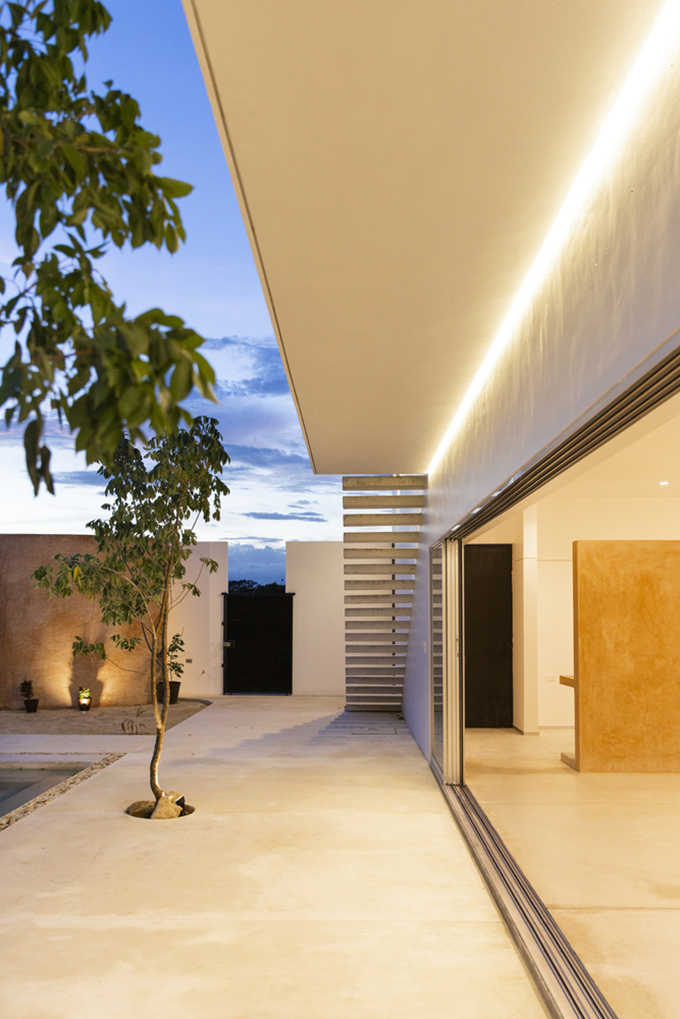 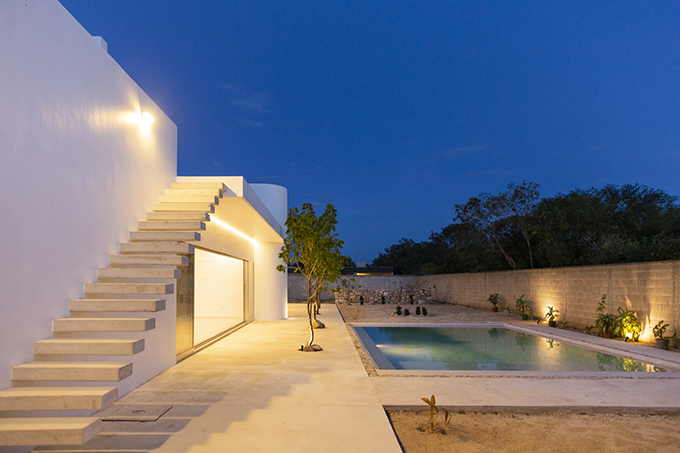 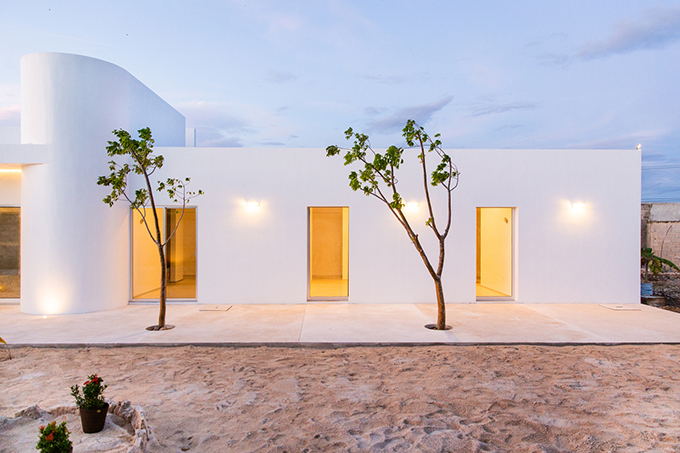 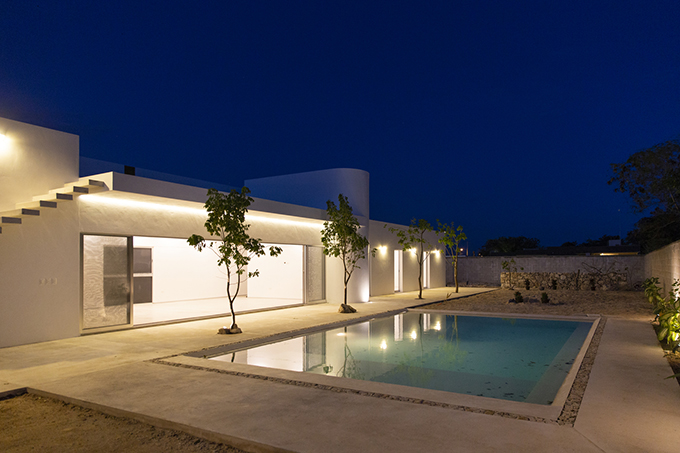 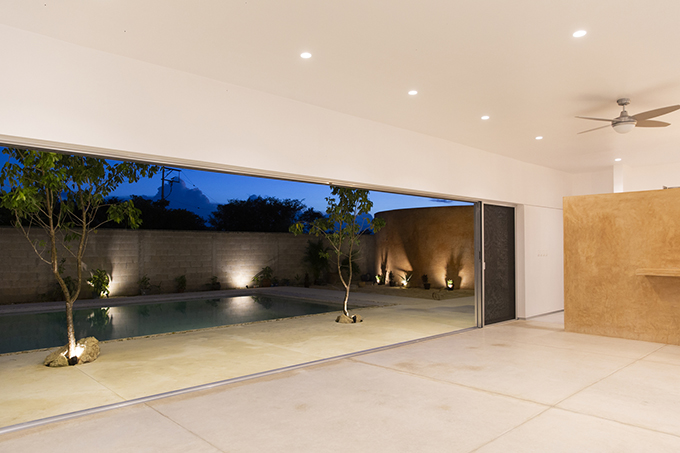 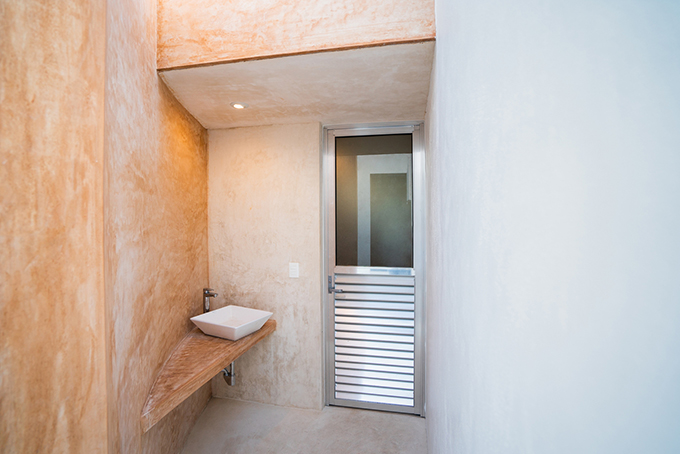 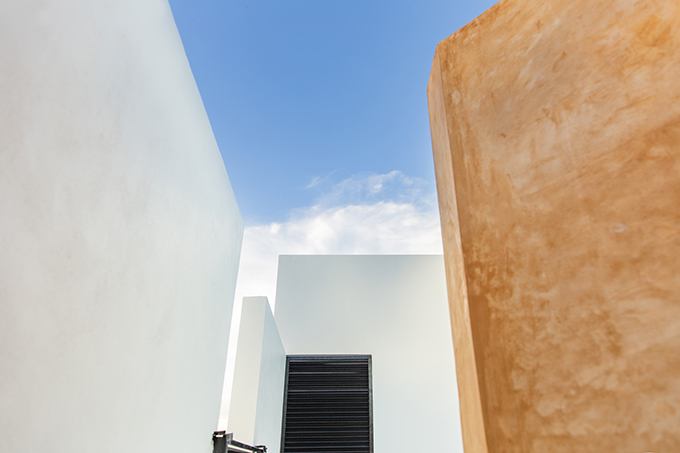 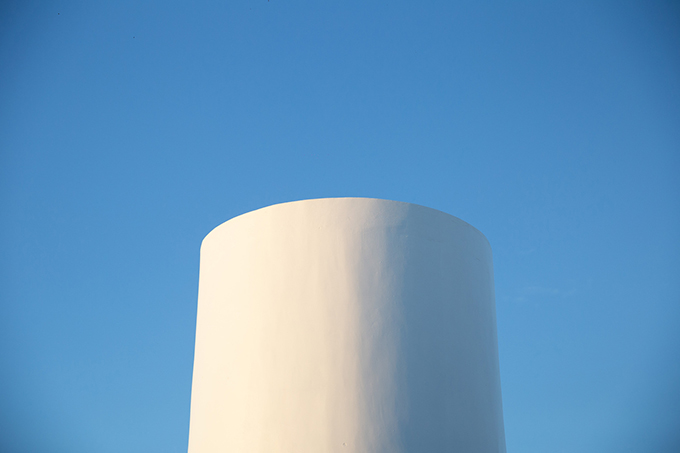 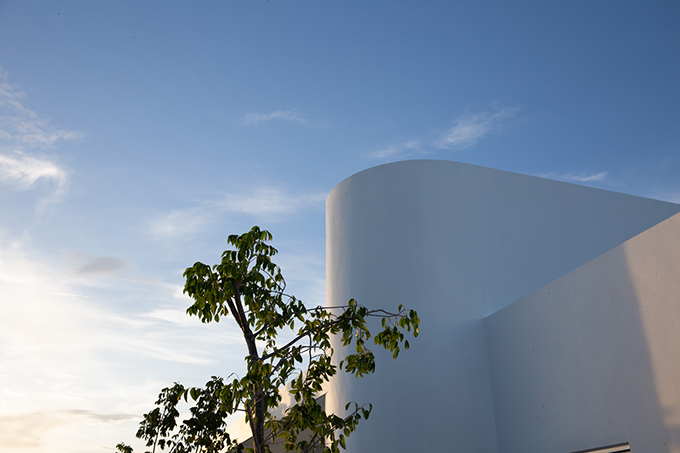 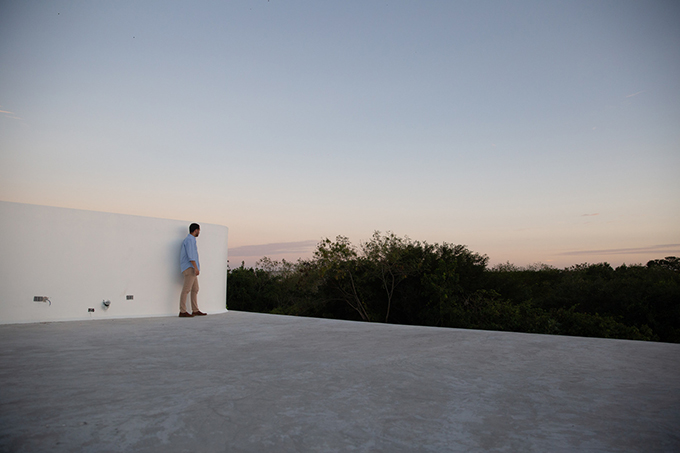 From the architects: The main idea of this house was to take advantage of the long sense of the site and create an open house. In this way, we can go through it in different ways, taking advantage of all the spaces and enjoying the different perspectives and games of light and shadow.

In the southern boundary of the lot was built a pool of considerable dimensions, so it was decided to place the public area of housing throughout this pre-existence. Followed by this space are the rooms, which are divided by a cylindrical volume that divides the construction in half and creates a diffuse boundary between public and private spaces.

The program of this house is basic, and adds a total of 165 square meters of construction. The beams are supported in the same direction throughout the house and at the same level of slab, facilitating the cost and time of construction of the work.
White is the color that was decided to be used as the final finish of the house and only in certain volumes was chukum with red earth used as contrasting elements and visual finishing touches.

White is the color that was decided to be used as the final finish of the house and only in certain volumes was chukum with red earth used as contrasting elements and visual finishing touches. 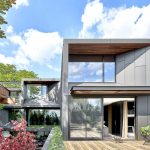 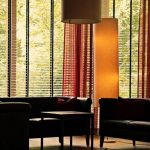